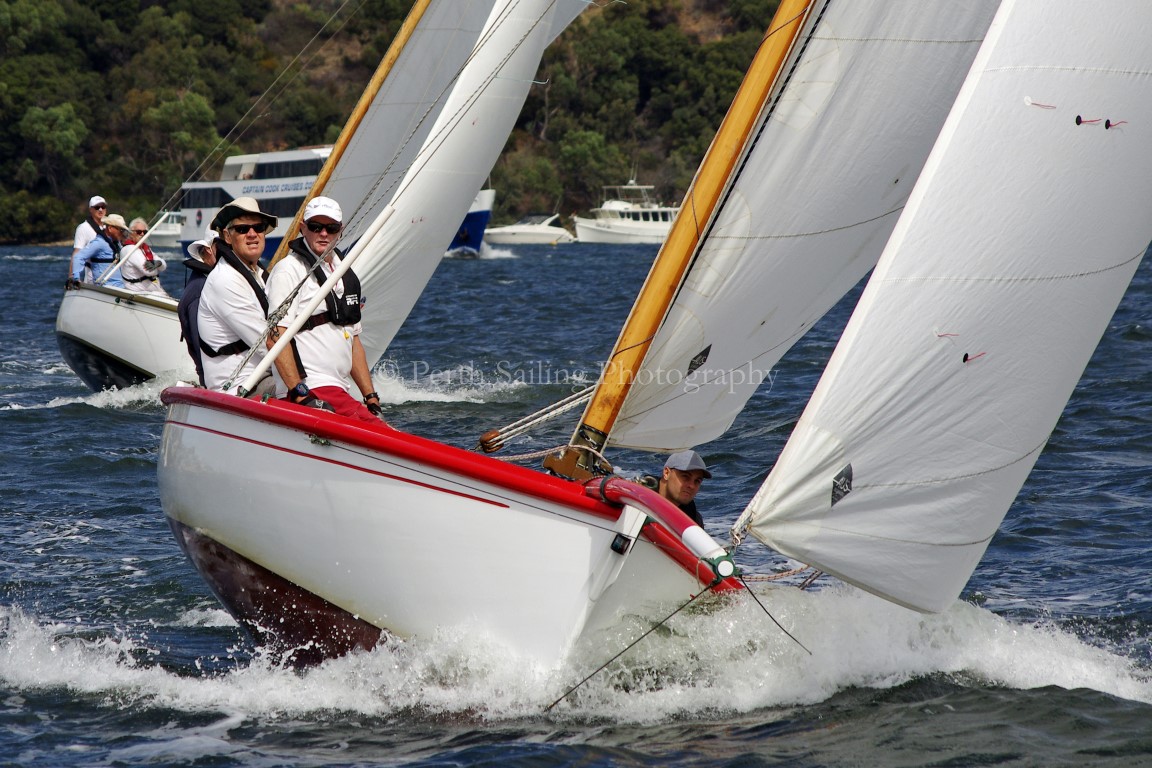 On Sunday 10th April 2016 the OGA of Western Australia held its 19th Swan River Regatta at Royal Freshwater Bay Yacht Club on a morning which opened with very fresh E-ESE winds exceeding 10 knots (and over 20knots forecast for Melville Water), foreshadowing a great day’s racing on the Swan River for 24 yachts.

The start was a handicap start as is usual for our annual regatta and used RFBYC’s Number 2 start line taking the fleet out eastward and upriver before returning to race around Claremont and Mosman Bays to the finish line. The Results

Note: * Only three yachts entered. ** Only one yacht entered.

The handicap start achieved its objective of close finishes in all four contested fleets. Only 17 seconds separated the leading boats in A and D Fleets, sailing the same course. Even Solquest, the sole E Fleet participant was not alone, finishing just a minute ahead of the leading boats in B and C Fleets, all sailed the same course. Unfortunately the only Sea Scout entry, from Waylen Bay, found the conditions a bit too challenging and wisely decided not to start.

Thera retired with a suspected crack in her mast, leaving Bacchante (D Fleet) unchallenged as the fastest boat in the Regatta (1:39:02), with Roulette (A Fleet), the fastest gaffer (1:48:03), in second place.

Thanks to RFBYC for their assistance in the race organisation and the use of their facilities before, during and after the races, to the Couta Fleet for scheduling one of their consistency series to be sailed as part of the Regatta and to the H28 visitors from SoPYC for giving Bacchante some competition, albeit with a generous head start. Let’s see more of you next year, along with more classic boats to give Solquest some added competition.

The photographs below were taken by Brian Cain from the start box at RFBYC (great shots Brian).

Further photos and a video are available in the gallery of the event.