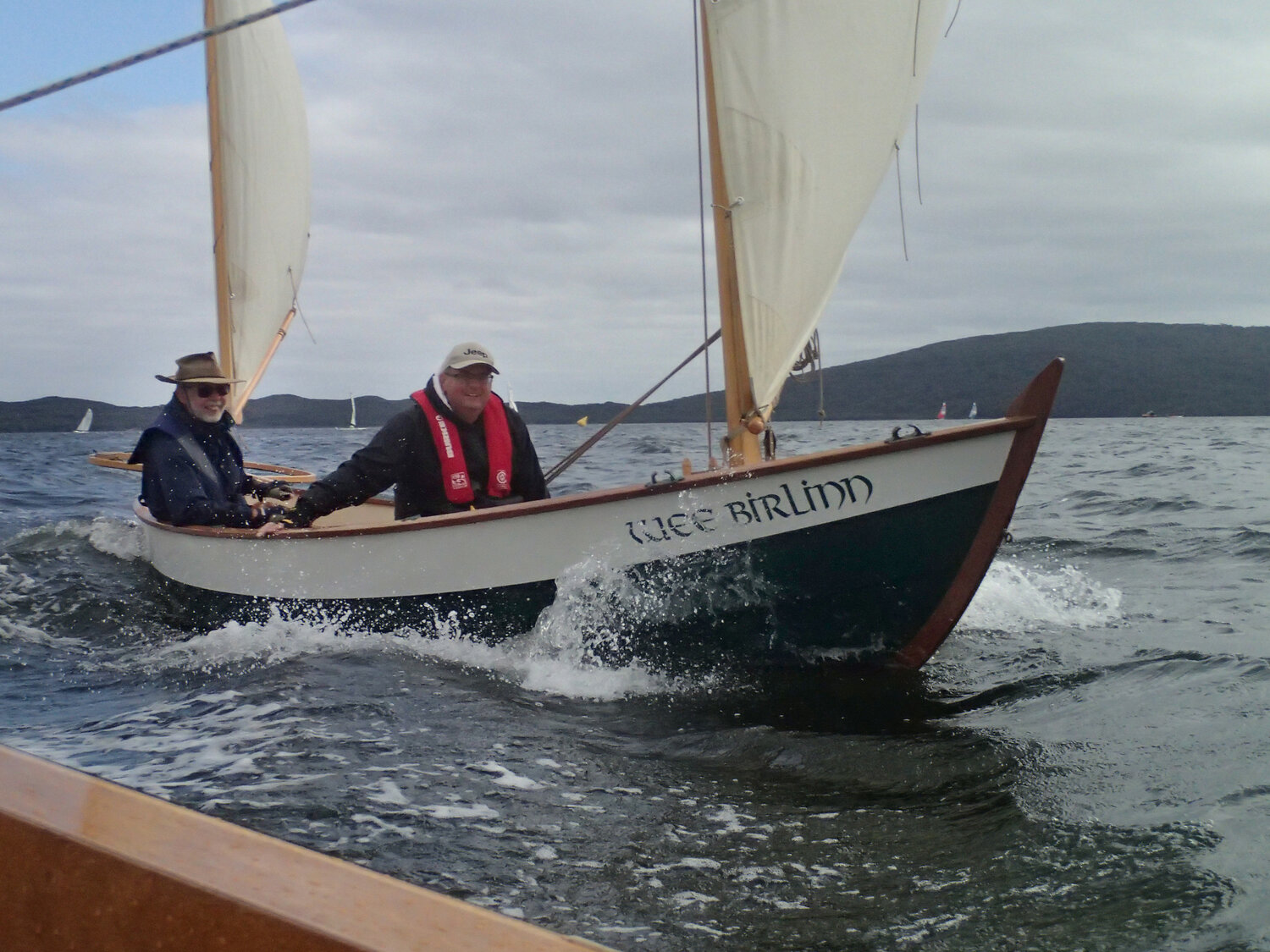 Making the trip to Walpole this year were Crazy Bird with John Longley and his team, Wee Birlinn with Jim Black and Dave Archer, and Whimbrel with myself and Paul Ricketts.

To their great credit, with 100 entries and over 200 sailors, the Walpole Yacht Club now runs one of the largest sailing events in WA. The organisation was superb, everything was laid on and your time as a competitor was pretty effortless. It seemed that the whole town had turned out to help run the event and a significant number of local businesses had provided sponsorship and support in kind.

The large and varied collection of boats assembled on Coalmine Beach were split into nine fleets. The Moths, Mirrors, Sabres, 125s and Hobies each had their own fleets. The rest were bundled into mixed fleets of various kinds. We were placed in the mixed trailer sailer fleet which was, indeed, very mixed. The largest boat was a trimaran, followed by two trailerable cats, a sports boat, various trailer sailers, a very modified sharpie, and our three gaffers. The starts were an entertaining display of mayhem. At 15′ long we were very much the smallest boat in the fleet. Not being interested in taking things too seriously I would handle the helm and main at each start while Paul would scramble about the boat seeking to photograph the chaos around us.

I don’t know why, but every photo he took seemed to show me with a manic grin! Once we were away we would typically find ourselves locked in mortal combat with Wee Birlinn and the very modified sharpie. Crazy Bird would generally spend her time well ahead of us and be hassling the slower trailer sailers.

The starting crew operated from one of the sweetest little starting boats I have seen. I kept expecting to see Popeye and Olive Oyl holding up the flags each time we went past. Despite their diminutive vessel the start crew smoothly put the nine fleets through five races over the two days. With some careful setting of the various fleets’ course lengths they successfully managed to get all the starts comfortably timed so that one was never rushing to get to a start nor waiting excessively for your fleet’s sequence to get underway again. A great effort.

Unfortunately in the start of the second last race Wee Birlinn’s beautiful laminated tiller came to grief when it got caught up on the gunwale of a trailer sailer. Dave reported afterwards that some words were forcefully said, but then apparently Jim quickly recomposed himself and as they sailed back to the beach he was already devising a method of repair. A short while later Wee Birlinn returned for the start of the final race with a tiller cunningly repaired using the headband from some old ear muffs and a large quantity of duct tape. The last race resulted in an intense battle all the way around the course between Wee Birlinn and Whimbrel with Wee Birlinn finally taking the honours by a boat length.

Presentations and dinner were held in the magnificently huge Walpole rec hall. The place was packed and we all enjoyed the excellent food, live music and the prize giving which seemed to attempt to give everyone a prize of some sort, though we did not get the number of bottles of wine that we were hoping for. The Moth sailors seemed to have it worked out the best. Have a small number of boats so that 1st to 3rd covers most of the fleet and sail lots of races to maximise the number of prizes. We will have to try something of the sort next year!

If you are going to have a sailing trip away I strongly suggest the Walpole regatta. The inlet is such a spectacular sailing venue. The wind is good, the water flat, and the magnificent trees come right down to the waters edge. I’ll be back next year for sure.